Reflections on 30 Years of Mentoring

In 1989, a gallon of gas in the U.S. averaged 97 cents, and a U.S. postage stamp was a quarter. Microsoft Office was released for the first time, and Batman (the version with Michael Keaton) was a huge hit. The late George H. W. Bush became the 41st U.S. president, and the Berlin Wall came down. 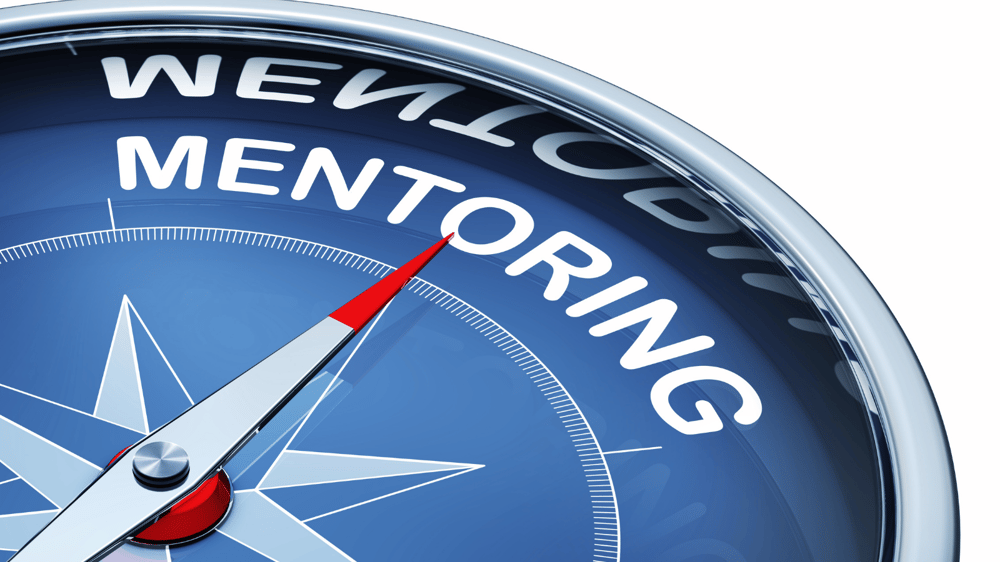 It was an exciting time, saying goodbye to the 80s and hello to the 90s while keeping an eye on something that had seemed so far off for so long: the next millennium.

As for me, after spending years in human resources and discovering that most companies weren’t doing an adequate job developing their number one asset—employees—I decided to create an organization devoted solely to teaching businesses how to mentor talent. And so Mentoring Complete was born in 1989.

In honor of my 30th anniversary, I want to dig deep and offer 30 insights regarding mentoring, in no particular order.

1. The way we mentor continues to evolve, but I believe human beings will always need (and crave) mentoring. Even the best artificial intelligence (have you seen Sophia?) demonstrates its need for mentoring (and coaching, too).

2. Organizations need to keep in mind that mentoring isn't one-size-fits-all. And it never has been, although we had fewer options back in the early 90s to accommodate different types of mentoring.

Now, thanks to smartphones, Skype, the Internet, and so forth, an organization can have different types of mentoring to match the needs of its workforce. For example, if people working from home want to gather on a video conference call once a month with a group mentor who leads the discussion, it's a very doable thing.

3. I still believe most people can learn to mentor (and be mentored as well). I say "most," because like everything in life, there are always exceptions to the rule. But if someone is genuinely interested in the mentoring concept, committed to actively listening, willing to devote a block of time each week/month to the process, and (ideally) willing to learn the basic principles of mentoring (through training or books/articles), then that person is likely to experience the rewards that mentoring has to offer.

4. Many organizations still struggle with how to develop and deploy a mentoring program with staying power. It doesn't need to be hard. And as much as I tout the importance of a formal program, it doesn't need to be formal, certainly not in the beginning.

5. People still continue to confuse coaching and mentoring. I don't think this will change. In fact, I think we'll see more blurred lines as new buzzwords like "reverse mentoring" and "speed mentoring" crop up (I still maintain that both of those are more akin to coaching than true mentoring).

Ultimately, the hazy lines between coaching and mentoring isn't a bad thing. I would prefer that everyone understands the difference (and proceeds accordingly), but I'll take blurred lines over people/organizations doing nothing.

6. When it comes to coaching vs. mentoring, I don't think it should be an either/or thing. Most companies (and most people) need a combination of both.

7. At its core, mentoring is about truly listening, and truly hearing another person.

8. Being a mentor isn't about projecting. It's easy to listen to a mentee and then project back how you might have dealt with the situation, or how you would have felt. But that's not the mentor's job. Shut up and listen, I say.

9. Silence is your friend. Don't rush to fill the empty spaces. After the long pause (which can sometimes be an uncomfortable pause), big breakthroughs and epiphanies can occur. Allow those moments to happen.

11. If your organization is starting a mentoring program for the first time, start small. Launch a pilot program first. This is the best way to build and learn. Yes, it will take longer to deploy something company-wide (possibly a whole year longer), but what you learn during that first year of the pilot program will help ensure you launch a company-wide program that's built to last. (Note: we have a good white paper on how to start a pilot mentoring program.)

12. Speaking of silence and reflection, give your people places for both. The open floor plan has had a huge impact on both. Make sure you have spaces where people can go to think, reflect, recharge. (Introverts especially need that.)

13. If your organization can't (or won't) support a formal mentoring program, you should still encourage informal mentoring. If you see a mentoring relationship form naturally, allow it room to grow. Give the pair the time to meet and talk privately.

14. The #MeToo movement has had profound effects in and outside of the workplace (positive effects, as far as I'm concerned). I've come across several articles regarding mentoring between men and women, including this one, this one, and this one. All are well worth the time it takes to read them.

15. Mentoring isn't easy. But neither is training for a marathon, going to college, learning to cook a gourmet meal, solving a big problem in the world, or any other number of things human beings undertake every day. Effective mentoring involves a commitment of time and mental energy and honest conversations with another person (and oneself). Those aren't easy things. But they are worthwhile things.

16. It never fails to surprise mentors just how much they get out of the mentoring relationship. And it's one of my favorite things about this business.

17. One of the hardest things for mentors: letting go and letting someone else direct. (But it's essential this happens.)

18. One of the hardest things for many mentees is directing the relationship. But again, that's the point.

19. A good mentoring program manager can have a profound effect on a program. This isn't a cushy title... when an MPM truly embraces their role, they can inspire the mentors and mentees who are involved in the program (and let's face it: sometimes people come to these programs a bit reluctantly or without as much enthusiasm as we might hope...a good MPM can turn this around).

21. But there are certain traits you'll see in successful relationships. These include honesty, respect, the ability to listen, and commitment to the process (which includes regular meetings).

22. Mentors can be found anywhere. It doesn't need to happen in the workplace. I've spent my career in business mentoring simply because most of us spend the majority of our lives in a workplace setting. So it's a natural starting point. But you can find mentors in college alumni associations, through networking, in the community, through virtual means (e.g., LinkedIn).

23. If you ask someone to mentor you and they decline, it will sting, but try not to take it personally. You want a mentor who is excited and committed. There are a variety of reasons the prospective mentor declined (timing, lack of bandwidth, already in another mentoring relationship).

24. Likewise, if you meet someone who you feel would benefit from mentoring, but the prospective mentee isn't interested, don't push it. The mentee must embrace the process. Timing is everything.

25. Starting a formal mentoring program is work...I'm not going to lie about that. But the benefits make it all worthwhile.

26. When done right, mentoring is effective. I think, as humans, we know this to be true. Many companies want to see quantitative numbers, like ROI. While certain numbers can be tracked, like the number of mentees who get promoted compared to the number of non-mentees who do, there are certain things about mentoring that can't be quantified, like the profoundness of the transformational "shift" inside the mentee.

27. When it comes to setting up a mentoring program in a company, sometimes the hardest part is taking that first step. Go ahead. Take the leap. (Mentoring Complete, of course, can help, and there are many resources available online.)

28. I think one of the best things a company can do for its people is offer some form of mentoring. I think that truly shows the company's commitment and investment in employees' success.

29. I believe mentoring will still exist 30 years from now. The concept of two people working together to help the mentee achieve personal and professional transformation will never go extinct, though how we go about it will continue to evolve. I can't wait to see what happens next.

30. It's truly been an honor working in this field for 30 years. I couldn't have done it without my wonderful clients, staff, and newsletter/blog readers like you. Thank you for your support over the last three decades.

On behalf of all of us at Mentoring Complete, I wish you a very happy, healthy, and prosperous 2019!

And if you want to chat about your organization's mentoring needs, give us a shout!