Does Your Organization Need Coaching or Mentoring? 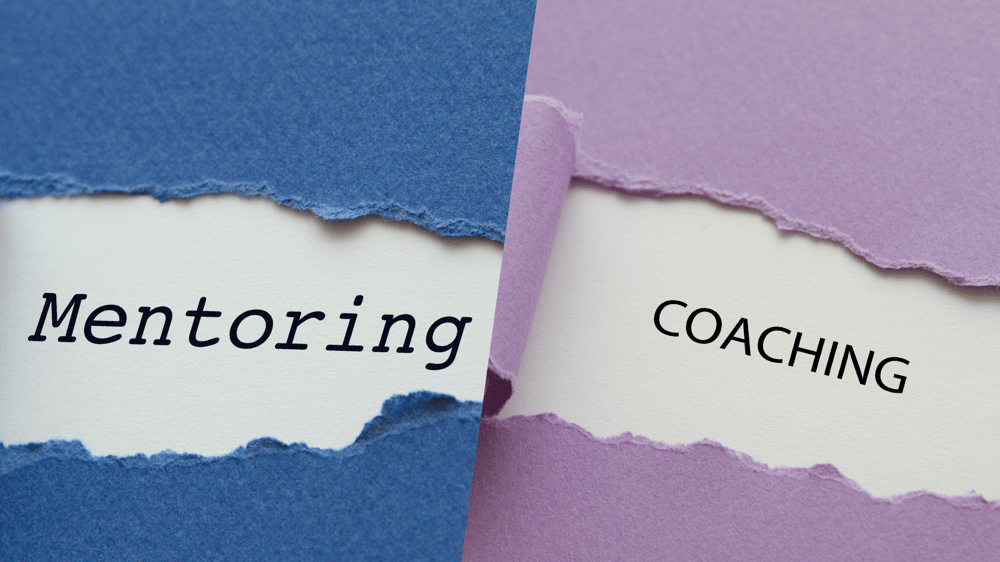 Below are some questions to consider when deciding whether mentoring or coaching is right for your organization.

1. What Skills Need to Be Developed in Your Employees?

If skills are more narrow in focus and straightforward, coaching is likely to be the best bet. In coaching, the coach will have expert knowledge and tend to take the lead in the relationship. They generally have a more structured approach, which leads to more well-defined outcomes.

However, if the skill development is a bit more nebulous, mentoring might be a better choice. Mentoring focuses more holistically on the mentee, considering both professional and personal development. It may also touch on several different skills and psychological processes, such as developing self-efficacy, better interpersonal skills, and better decision making.

Of course, you may even consider that the organization isn’t focused on skill development at all. Instead, the company might want to increase retention, increase diversity among leadership positions, or increase employee engagement. While these goals don’t center around skill development, mentoring can help achieve them.

Generally, if your organization is focused on improving well-defined skills to increase performance, coaching is a good choice. If the goals are more comprehensive, mentoring might be a better fit.

If your company is looking for a boost in the next quarter or two, or needs some help to get an immediate initiative over the finish line, coaching is likely the answer. However, if the organization is looking for development over the long-term (for example, building leadership bench strength), mentoring might be a better fit.

Also Read: What are the Mentoring Expectations for Mentors and Mentees

3. How Will the Mentees’ Managers Be Involved?

In an ideal world, every employee would have a capable, involved manager that is dedicated to their professional and career development. However, we live in the real world and for a variety of reasons, managers may be less than involved when it comes to the growth of their direct reports. Perhaps their span of control is too large, or they don’t have the skills to properly develop their staff.

In mentoring, having a somewhat detached or disengaged manager isn’t necessarily an obstacle. In fact, many young professionals get valuable feedback from their mentors that they aren’t getting from their managers. The mentor and the mentee’s manager aren’t likely to have regular conversations about the mentee, which is a good thing: having some separation between the mentee’s manager and the mentor can allow the mentee to be more open and vulnerable with the mentor, which can result in a more effective relationship.

The work that a mentee does with a mentor is generally more decoupled from the individual’s current role than is the case in a coaching intervention. Therefore, if the managers aren’t as involved or on board, coaching might not be a wise choice.

Even though some people use the terms mentoring and coaching interchangeably, they aren’t the same thing and they won’t accomplish the same goals for your organization. Overall, when talking about the differences between coaching and mentoring, coaching tends to be more narrowly focused on skill development, while the focus of mentoring is much broader. Think about what you hope to get out of the intervention to decide whether mentoring, coaching, or a combination of mentoring and coaching is right for your company.