How long do mentoring relationships last?

If there isn’t a natural ending date for the professional mentorship (such as the course of an internship, or a formal mentoring program) it can be a good idea to set a rough date at the beginning of the relationship. That way, both the mentor and mentee are on the same page when it comes to the duration of the mentoring relationship. 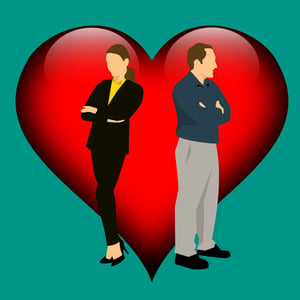 Sometimes, it’s necessary to end a professional mentorship early. Perhaps the mentee’s goals have changed, and the mentor isn’t the right person to help the mentee with their career goals anymore. Or, perhaps the mentor has a change in their life that makes it impractical for the mentor to continue to support the mentee. However, much of the time when mentoring relationships end, it’s due to dissatisfaction of either the mentor or the mentee (or both). Sometimes, the mentor and mentee fail to connect, and it’s just not a good match.

When the mentoring relationship needs to end due to external factors (such as a mentor or mentee moving away or changing jobs), it’s fairly straightforward to end the professional mentorship. However, things can be murkier when it’s due to internal factors, like a lack of compatibility. In those cases, sometimes the mentor or mentee simply start to fade away and become less and less available. They will avoid having a difficult conversation, either in an attempt to spare the feelings of the other person or their own.

Whatever the reason for the split, it’s important for both parties to talk transparently about the reasons for the dissolution of the mentoring relationship. Without these conversations, a mentor or mentee may be left wondering where they went wrong, or even internalize the other person’s behavior. For example, if a mentor stops communicating with a mentee, the mentee may interpret the situation as a sign that they are not worthy of the time and attention required of a mentor, when in reality the mentor may be retreating from the professional mentorship due to unrelated factors.

Speak directly and candidly to your mentoring partner if you feel that you need to end the relationship. Although it can be awkward, it’s better to acknowledge a lack of chemistry or other issues in the relationship rather than “ghosting” the other person.

Also read: Do You Know the 5 Types of Business Mentoring Models?

When ending the mentoring relationship, it’s a good idea to review the mentoring plan that’s in place. Debriefing the relationship together can help both parties gain closure, as well as memorialize some lessons learned. Together, discuss questions such as: