What the “Confidence Gap” is, and What to Do About It

Consultants Drs. Jack Zenger and Joe Folkman collected data on over 8,000 men and women business leaders over several years, with interesting findings regarding capabilities and confidence levels between men and women. 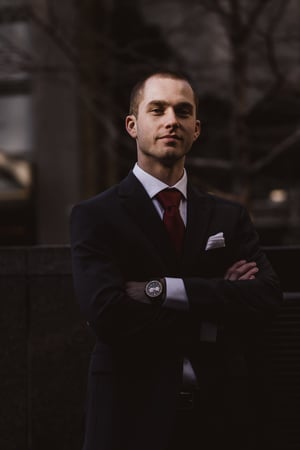 First, Zenger and Folkman found that women leaders were rated by others just as highly as men leaders. In fact, women scored slightly higher than men on 17 of the 19 leadership capabilities, including things like taking initiative, driving for results, and resilience. The only two capabilities in which men performed better than women were technical/professional expertise and developing a strategic perspective. Further, these results were consistent across functional areas and different levels in the organization, meaning that even in traditionally male-dominated departments and at the highest levels, women were surpassing their male peers in the vast majority of leadership competencies.

Under-Confidence: Another Failure for the Professional Woman? 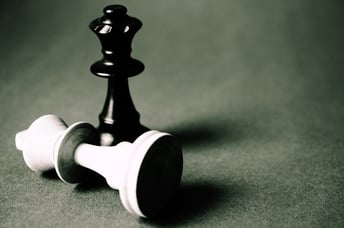 The media (and society at large) often frames these types of findings as a failing of women, rather than exploring the possibility that overconfident men should rethink their strategy of applying for jobs in which they only have 60% of the qualifications. For example, look at how the headline from Forbes' article “Are Women Too Timid When They Job Search?” frames the issue as a deficiency in women, rather than a deficiency in men or even a more neutral perspective on gender differences.

These types of interpretations ignore many of the factors that go into the decision to apply for a job and what could be driving these differences. A LinkedIn report found that women tend to be more selective and apply to less positions in general when compared with men but are hired at a higher rate, which could be because they know from past experience they won’t be considered without fulfilling all the job requirements and don’t want to waste their time. Additionally, the same report found that when women appear in a recruiter’s search results, they are 13% less likely to be viewed by recruiters than men. All in all, these data points suggest that it’s not simply a lack of confidence that is holding women back and the media does the discourse a disservice when it frames the issue as such.

Also read: 3 Career Mentoring Challenges and How to Overcome Them

Why Does Confidence Matter?

Zenger and Folkman hypothesize that women’s lower self-confidence may benefit their competence in the long run, by motivating them to take initiative and accept feedback from others. However, what they don’t seem to take into account is the dearth of women at higher  levels of organizational leadership in general.

Popularized by Sheryl Sandburg’s book Lean In: Women, Work, and the Will to Lead, women are leaving the workforce at least in part due to internal obstacles like a lack of confidence. While the reasons women drop out of the workforce (or take less demanding roles) is more complicated than that, if organizations want to grow and promote more women into leadership positions, helping them develop the confidence to do so needs to be a part of the game plan.

What To Do About the Gender “Confidence Gap”

Organizations that are serious about helping young women professionals rise to leadership positions should implement the following:

1. Don’t Rely on Self-Ratings: Zenger and Folkman determined young women’s lower self-confidence through their self-ratings, which were lower than men’s even though they were just as competent. Human Resources professionals and managers should avoid using self-ratings as a part of performance management or when considering employees for promotion. Because women are likely to grade themselves more harshly than men, they may not receive the recognition and promotions that they should when there is an over-reliance on self-ratings.

2. Mentor Young Women: Simply by assigning a mentor, an organization sends a message to the mentee that she’s worthy of investment. Mentors can also act as a cheerleader and source of support for developing professionals. For younger women with confidence that doesn’t match their competence, having a mentor can help them identify and more fully appreciate the strengths and successes they do have.

3. Stop Rating Leaders on Their Confidence Levels: Other studies have found that both men and women overestimate their competence, although men do so to a greater degree. In Dr. Tomas Chamorro-Premuzic’s book Why Do So Many Incompetent Men Become Leaders?: And how to fix it, he describes how most hiring systems favor the overconfident. In an absence of true metrics, hiring managers will become dazzled by charisma and hire based on confidence, with sometimes little investigation as to the person’s competence. Make sure the hiring and promotion systems include robust, clear criteria.