How to use storytelling in your next mentoring session

Is your mentoring relationship at a stalemate? Have you run out of ideas or topics to cover? Here's a fresh idea that could provide some real insight into your mentoree's creative side, generate some great fodder for future sessions and spice up your relationship (professionally of course!).

In a recent article by Inc.com titled The Under-Appreciated Skill You Should Look for in Potential Employees, Jessica Stillman highlights storytelling as an important trait some HR professionals are using during the interview process today.

According to Stillman, the idea came from a fascinating interview published in the New York Times with Lonne Jaffe, the CEO of Synscort.

"Why should software engineers be able to spin a tale? It seems counterintuitive, but Jaffe explains his method. 'I'll talk about the company's strategy and my background and the nature and challenges of the role they're interviewing for. Then I'll ask the candidate to go through their prior successes and challenges and major responsibilities and tell that story, partially because I want to see how good they are at storytelling. There are very few roles in a technology company--even fairly technical, hands-on roles--where storytelling is not an important skill,' he told the Times."

How can you use storytelling in your next mentoring session? And more importantly, what is the value?

Skills that can be determined through storytelling:

"'Earlier in my career, I tended to focus a little bit too much on technical aptitude and not enough on the ability to prioritize decisions about how to spend their time. So, what you can sometimes get in those situations is somebody who is really good at executing in some ways, but really bad at prioritizing time. Even with some guidance or hand-holding, they will make consistently poor decisions about prioritization. Figuring out how to spend your time is almost more important in some ways than how well you execute,' Jaffe explains.

The stories an interviewee tells about their work are a great way at getting at how good he or she is at prioritizing without constant supervision, Jaffe has found. 'When they tell stories about prior roles and projects, I'll ask about the decision-making process. Did somebody tell them to work on something, or did they realize that it was clearly valuable? How did they deal with smaller decisions they had to make while tackling the larger questions?' he says."

So, ask your mentoree to tell a story about a project he worked on either in a prior role or in his current role. Pay close attention to the story. Listen to the words he uses to describe his skills. When you dig into his story together, be sure to focus first on the positive, and then delve into some of the skills you think he may have been lacking by asking questions. Do not come out and criticize his decisions—remember, he chose this story to showcase his abilities, don't crush him by putting him down. Point out that this method of storytelling is one that HR executives are starting to use during the interview process, and encourage him to think about this method when he works on future projects. A future project with his newfound skills may be the project he wants to highlight on his next interview! 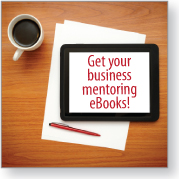