What is strategic mentoring?

There is much debate among scholars about formal and informal mentoring.  Some theorists argue that a true mentoring relationship cannot be systematically created because it is fundamentally an informal, interpersonal relationship of such depth that it is rare. These scholars frequently resort to myth and emotional language in describing mentoring which only adds to its aura of mysteriousness and inaccessibility.  In essence, what they seem to be saying is, “If it happens to you it will be powerful and very beneficial; if it doesn’t, you can only wish for it.”

The counter argument is that formal mentoring, like any relationship, can be established provided one understands what a mentoring relationship is and proceeds with a sense of integrity and professionalism. 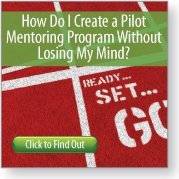